Book FREE Immersive Story Therapy for August, and 50% off LEGO Therapy and more…

Home > News > Working towards a life full of wonder and possibility

On Good Friday 2015 Coco was rushed to hospital. One minute she was laughing with her brother the next she was unconscious. An unsuspected arteriovenous malformation (AVM) in her brain had burst causing a devastating stroke. She was just six years old. She was not expected to recover.

But she pulled through. She has since re-learnt to walk, talk and other everyday skills thanks to rehabilitation first at The Children’s Trust in Surrey and, for the past 18 months, from Woodstar School and Nursery.

Run by the registered charity CPotential (the new name for the London Centre for Children with Cerebral Palsy), the school is located in a quiet, leafy corner of Muswell Hill.

It caters for children aged 3 – 11 who have movement disorders due to conditions such as cerebral palsy, global development delay or acquired brain injury.

What does Coco like best about school? She says: “I love doing hard work in English and Maths and playing with my friends!”

“We teach children to develop their capabilities, regardless of their starting point, so they can be as independent as possible now and in the future. Some of our pupils also have dual placements, attending mainstream schools for part of the week. We believe everyone has the potential to learn – we’re here to make that happen.”

Victoria adds: “Coco is so happy and she’s doing really well.  With the expert help she’s getting she now has a chance at an independent life full of wonder and possibility.” 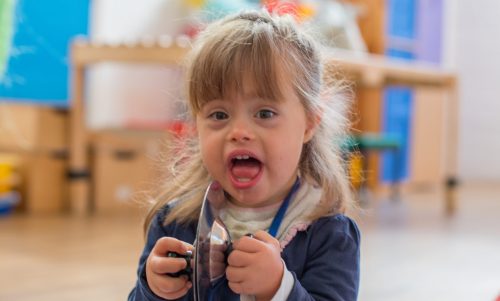 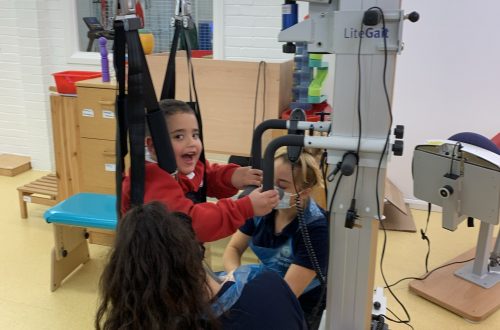 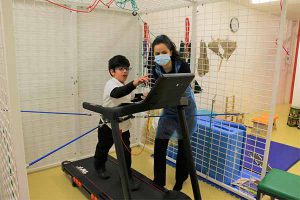