Book FREE Immersive Story Therapy for August, and 50% off LEGO Therapy and more… 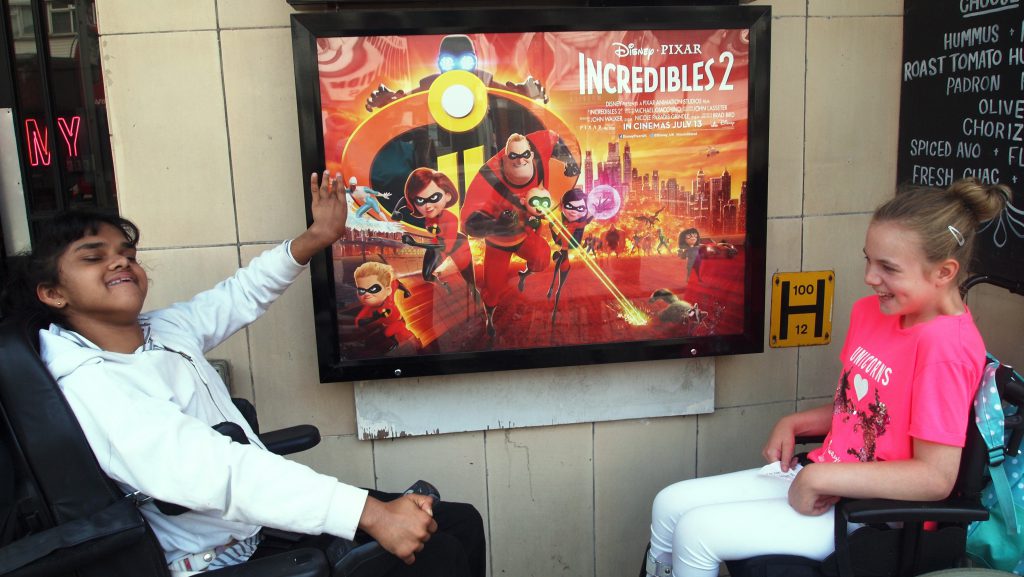 After the excitement of our Graduation Day, it was at not quite school as usual yesterday as the children went to Muswell Hill Everyman cinema to see Incredibles 2.

And it wasn’t just a fun end-of-term outing but very much part of our Learning for Living Active Curriculum.

The children planned the trip themselves: they googled where our nearest cinema is, planned the date using the school’s calendar of events, looked up the trailers of the films before choosing this film and picked an appropriate time to go, using an Amazon Echo and computers.

They walked from school to the cinema, with one of the boys leading the group and letting everyone know when it was safe to cross the roads.

At the cinema the children ordered their own snacks and drinks (popcorn and chocolate milkshakes) from the bar and then sat independently on the cinema seats, with low-key supervision by their teachers.

They all thoroughly enjoyed the film – especially one of our pupils who has visual difficulties but was thrilled to be able to see the film on the big screen clearly – and everyone loved the baby Jack-Jack with all his cool powers. For some of the children, it was the first time they had ever been to a cinema.

And how did the children review the outing?

Comments included: “It was so funny – my favourite part was everything” and “This was the greatest day of my life.”

We’re grateful to everyone who came along to help and to the Everyman for their hospitality. That’s all, folks! 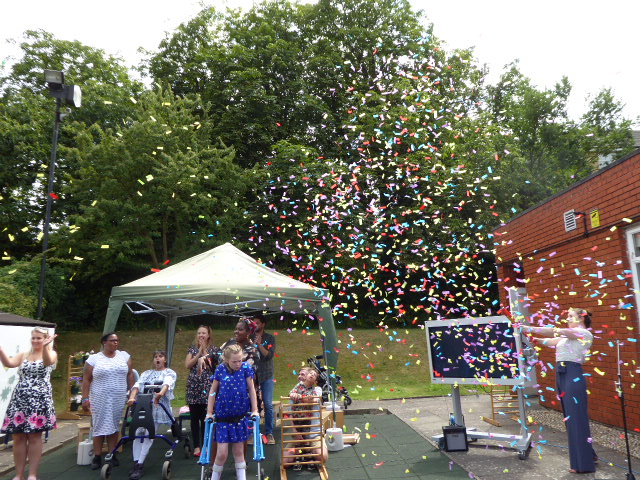 We celebrated the progress not only of the two young ladies leaving us to go to secondary school but of all our pupils.

Finn Emmerson, Head of Woodstar School, said: “Once again, they’ve all been absolute superstars, pushing themselves to improve in all areas and blowing us away with their progress. We couldn’t be prouder.”

In their speeches, which they wrote and presented by voice and computer, our two graduates said:  “I learnt lots of things here like standing up in my walker and reading. I really loved cooking my lunch and banging the cymbal in music,” and “I’ve enjoyed myself and I’ve made lots of friends. I’ve learned lots like how to speak and do maths. I’m looking forward to going to big school.”

We’ll miss them both and wish them all the very best for the future – and look forward to hearing about all their new adventures. 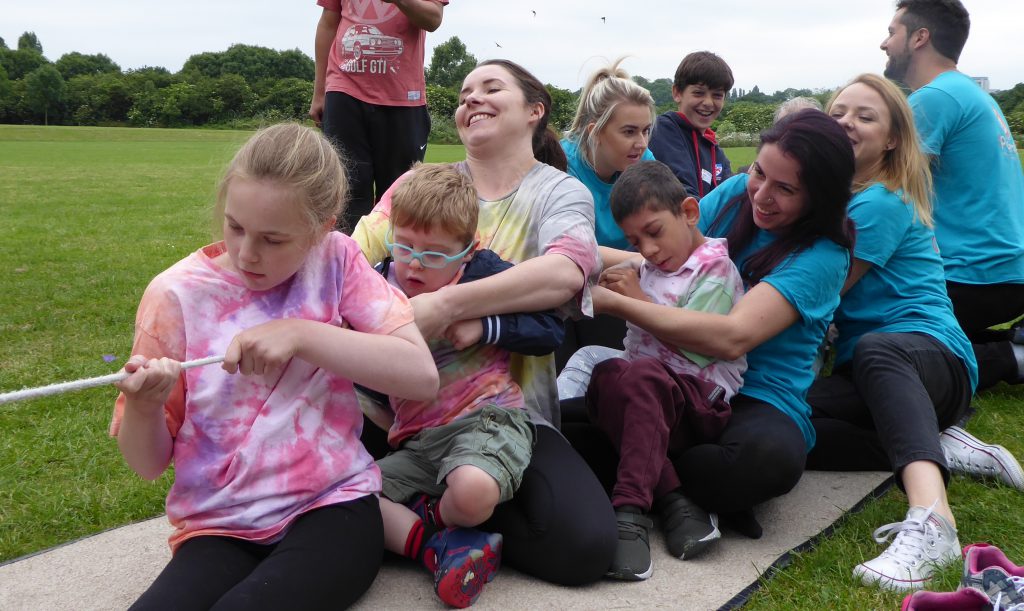 We raced, we rolled, we tugged – we had great fun at the Woodstar School Sports Day today.

The children really put their all into the different activities whether they were competing individually or in teams.

It was lovely to welcome so many parents, brothers and sisters who came along to cheer. Thanks to Mate, our school Conductor, for coordinating the event and to all the teachers.

Most of all, well done to all the children (who wore the new tie-dyed tops they’d made at school). They put in lots of effort in the challenges and they all came out true champions.